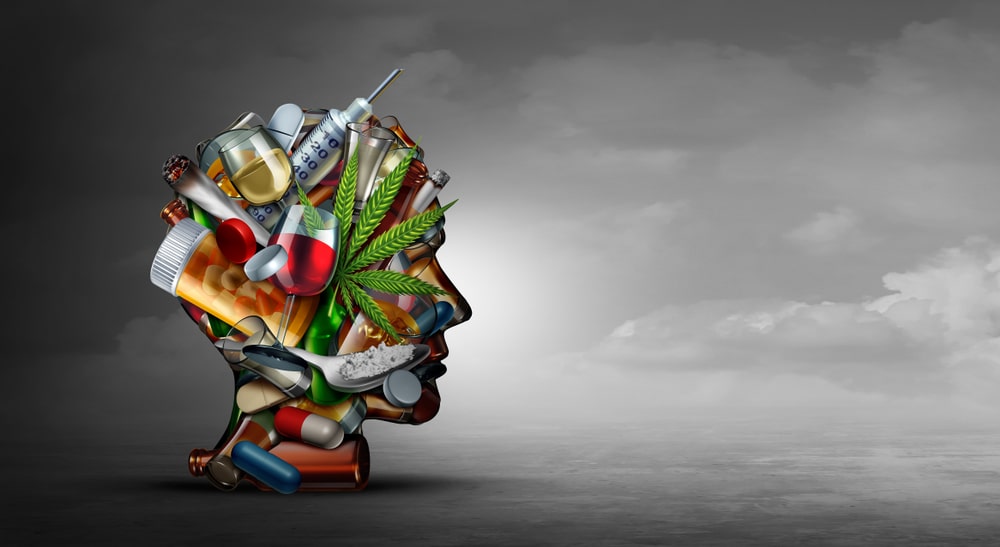 Drug Addiction: The problem of non-medical use of drugs is largely a social one with a profound impact upon the families of the addicts and society. Drugs like, opium, caffeine, nicotine, cocaine, caffeine are usual to relax get pleasure and satisfaction which cause serious in our contemporary culture. It is the responsibility of everyone who cares for civilization and welfare of the mankind. Few terminologies are related to drug abuse and drug dependence.

1. Drug Abuse: It is defined as the use of a drug apart from medical need or in unnecessary quantities’ (The harmful effects of drug abuse include; drug dependence, antisocial behavior, and traffic accidents). The majority of drug abuse are the agents that act on the central nervous system to produce profound effects on mood, feeling, and behavior. The broad definition of drug abuse also includes the habitual use by laymen of drugs like; laxatives, headache remedies, antacids, and vitamins.

2. Drug Addiction: Drug Addiction is a condition of chronic intoxication that is caused by excessive drug use. Its attributes include:

(i) An intense urge or need (compulsion) to proceed to acquire the medication by whatever means.

3. Drug misuse: Drug misuse may be defined as the use of drugs for purposes or conditions for which they are unsuitable or even acceptable but in an inappropriate dosage.

4. Drug dependence: Drug dependency is a condition in which the patient has a compelling need to continue taking the drug, either to feel its effect or to escape the pain of its absence, psychological and often physical. The medication has two distinct components, i.e.

(a) Psychological dependence: This means “A feeling of satisfaction and a psychic drive that require continuous administration of the drug to produce pleasure or to avoid discomfort” is called psychic dependence.

(b) Physical drug dependence: It is a condition in which withdrawal symptoms are manifested by physical disturbances. Physical dependence cannot occur without tolerance. It is an altered or adaptive physiological state of the body.

The drug addict continues taking the drug for the following reasons:

Some important drugs of abuse and their treatment are discussed below:

For example Morphine, opium, heroin, codeine. The addicts commonly use heroin, morphine, pethidine, methadone, etc. Heroin is a drug of preference; chronic opiate abuse results in physical dependence which increases with an increase in dose and development of a tolerant state manifested by decreased sensitivity to opiate agonists and increased sensitivity to antagonists. Psychological dependence develops rapidly and is severe.

Withdrawal symptoms are as below.

1. Morphine should not be prescribed readily for chronic pain except in cases of compelling situations. For example Cancer pain.

Gradual withdrawal of morphine with substitution of author narcotic analgesic to decrease the severity of withdrawal syndrome. The symptoms can be suppressed by the substitution of another narcotic for opium. For example Methadone. Dose: 20 mg in dividend dosage for first 3 days and 10 mg for 3 days.

2. 1-d acetyl methanol (LAAM) is a longer-acting drug used for narcotic addiction. This drug is superior to methadone as it is not to be administrated daily.

3. Naltrexone is another long-acting antagonist used for the treatment of narcotic addiction.

Alcoholism is a mental condition and a state of permanent illness due to ongoing and prolonged alcohol use. Physical impairment and impaired mental, occupational, and interpersonal adaptation are caused by this.

Alcohol addiction may include both tolerance and physical dependence. As tolerance develops, a person consumes a progressively increasing amount of alcohol to achieve the same state of psychological reinforcement previously induced by smaller closes of alcohol. The dependences develop slowly.

After cessation of alcohol ingestion, withdrawal symptoms vary from hangover to delirium tremens. After around 6-8 hours of stopping the alcohol, withdrawal symptoms start with sweating, insomnia, headache, muscle twitching, cramps, diarrhea, vomiting, and agitation in more severe cares. These symptoms reduce after 40 to 50 hours of cessation.

The treatment is suppositive to maintain respiration, blood pressure, and body temperature until the ethanol is removed from the body by metabolism or hemodialysis. If intracranial pressure is increased hypertonic mannitol solution is administered intravenously. Phenothiazine is used to control psychotic behavior. Artificial respiration and electrolytes are given for balance.

It results in the development of tolerance and then physical dependence. The withdrawal of alcohol results in tremors, if its anxiety, insomnia, confusion, gastrointestinal disturbances like chronic gastritis, peptic ulcer cirrhosis, pancreatitis, hepatitis bone marrow suppression, and gout.

It consists of counseling and attention to society and behavior factors supportive social literature. It also requires pharmacotherapy with anti-anxiety agents and aversion therapy using Disulfiram.

Diazepam is given IV. supplemented with haloperidol 2-4 mg every 4-6 hours. Dose of diazepam- 40 mg for 4 days.

The chronic abuse of barbiturates results in drowsiness, ataxia, reduce quality and quantity of work increase appetite, impaired instability, and poor judgment. Pentobarbitone, which must be given to prevent withdrawal syndrome.

Withdrawal symptoms start after around 36 hours. It includes: