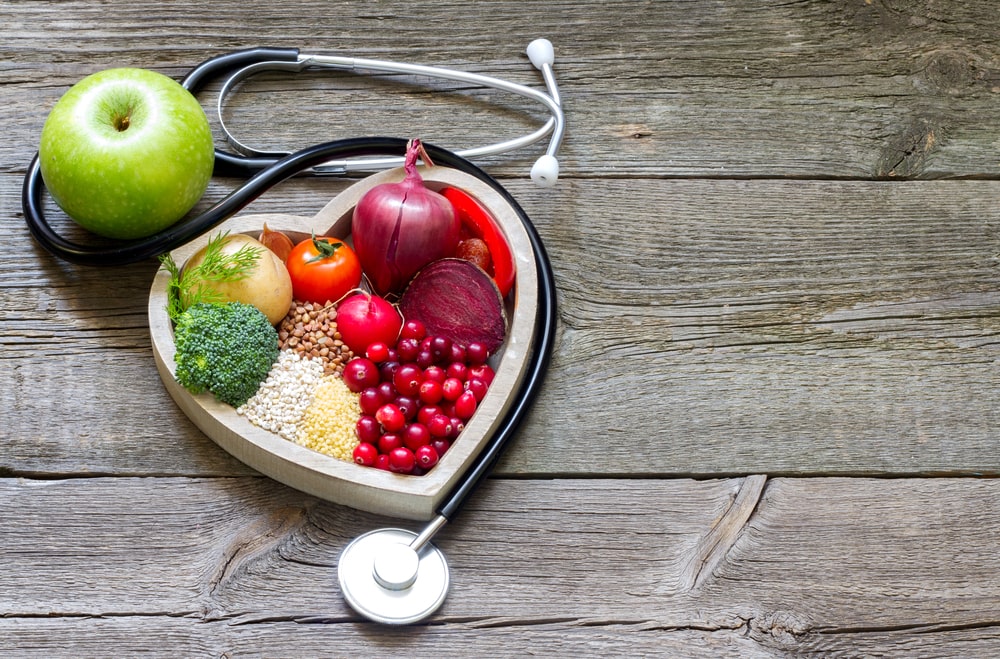 Role of Free Radicals In Diabetes

Diabetes mellitus is a group of metabolic diseases caused by the combination of insulin resistance and impaired insulin discharge by pancreatic ß cells. Nowadays, more than 200 million people worldwide have type-2 diabetes. The total number of people with diabetes is predicted to reach 370 million worldwide in 2030. It is one of the major metabolic disorders.

Diabetes is recognized for severe complications such as diabetic nephropathy, neuropathy, and retinopathy Long-lasting produce of hyperglycemia results in increased oxidative stress. Oxidative stress results from an imbalance between free radical generating and radical scavenging systems. Increased oxidative stress condition is increased in both insulin-dependent (IDDM), and noninsulin-dependent (NIDDM) diabetes mellitus, and in addition, it could cause initial cell damage in type 1 diabetes, or impaired insulin production, release, or function in type II diabetes. Consequently, people with diabetes may also have greater antioxidant requirements because of the increased production of free radicals in hyperglycemia disease.

Type I diabetes is caused by the destruction of the pancreatic beta cells. It is responsible for producing insulin. In humans, the diabetogenic process appears to be caused by immune destruction of the beta cells, part of this process is it seems that mediated by white cell production of active oxygen species. Diabetes can be induced in animals by the drugs alloxan and streptozotocin; the mechanism of action of these two drugs is dissimilar, but both result in the production of active oxygen species (ROS). Scavengers of oxygen radicals help prevent diabetes. Not only the oxygen radicals concerned in the cause of diabetes

Role of Free Radicals In Inflammation

It is becoming progressively more evident that certain types of inflammatory tissue injury are mediated by reactive oxygen metabolites. The most likely sources of these oxidizing agents are the phagocytic leukocytes (eg, neutrophils, monocytes, macrophages, and eosinophils). These all reactive radicals and oxidants may injure cells and tissue directly through oxidative degradation of essential cellular components as well as injure cells indirectly by altering the protease/ antiprotease balance that usually exists within the tissue interstitium. It is becoming increasingly clear that in addition to promoting cytotoxicity, reactive oxygen metabolites may also initiate and/or amplify inflammation via the up-regulation of numerous different genes involved in the inflammatory response, such as those that code for proinflammatory cytokines and adhesion molecules. This may occur by the activation of definite transcription factors, like nuclear transcription factor-kB (NF-kB). NF-kB. It is a ubiquitous transcription factor and pleiotropic regulator of numerous genes involved in the immune and inflammatory response.

Essential nutrients like vitamins C and E protect against oxidant-mediated inflammation and tissue damage by their ability to scavenge free radicals and by their capability to inhibit the activation of NF-kB (and possibly other oxidant-sensitive transcription factors). Therefore, maintaining adequate antioxidant status may give a useful approach in attenuating the cellular injury and dysfunction observed in several inflammatory disorders. Most free radical damage to cells involves oxygen free radicals or, more commonly, activated oxygen species (AOS) which include non-radical species such as singlet oxygen and hydrogen peroxide as well as free radicals. The activated oxygen species (AOS) can injure genetic material, which causes lipid peroxidation in cell membranes and inactivate membrane-bound enzymes. Humans are well able with antioxidant defenses against AOS; these antioxidants, or free radical scavengers, include ascorbic acid (vitamin C), a-tocopherol (vitamin E), beta-carotene, coenzyme Q10, enzymes such as catalase and superoxide dismutase, and trace elements including selenium and zinc. The eye is an organ with intense AOS activity, and it requires elevated levels of antioxidants to guard its unsaturated fatty acids. The human species is not genetically adapted to survive past middle age. and it appears that antioxidant supplementation of our diet is desired to ensure a more healthy elderly population.

Acute ischemic stroke is the general cause of morbidity and mortality globally. Thrombolysis with recombinant tissue plasminogen activator and endovascular thrombectomy is the key revascularization therapy for acute ischemic stroke. Conversely, ischemia-reperfusion injury after revascularization therapy can affect worsening outcomes. Among all potential pathological mechanisms of ischemia-reperfusion injury, free radical damage (chiefly oxidative/nitrosative stress injury) has been found to play a key role in the process. Free radicals guide to protein dysfunction, DNA damage, and lipid peroxidation, resulting in cell death. In-additionally, the free radical damage has a strong connection with inducing hemorrhagic transformation and cerebral edema, which are the main complications of revascularization therapy, and chiefly influencing neurological outcomes due to the distraction of the blood-brain barrier. To acquire a better clinical prognosis, more studies should focus on the neuroprotective therapies aligned with free radical damage. The free radicals are divided into two main groups such as reactive oxygen species (ROS) and reactive nitrogen species (RNS). The ROS and RNS play key roles in several pathological processes during ischemia-reperfusion.

Nitrosative stress is mostly caused by RNS. It has two major species such as NO and ONOO which primarily participate in the process of ischemia-reperfusion injury. Usually speaking, NO is generated from the enzymatic reaction of L-arginine and oxygen, which is catalyzed by three types of nitric oxide synthase (NOS), including endothelial NOS (eNOS), neuronal NOS (NOS), and inducible NOS (NOS). Among these three nitric oxide synthases, eNOS and nNOS are calcium-dependent, while INOS is calcium-independent. In most cases, the low concentration of NO is produced by eNOS. It is physiological, whereas NO generated from nNOS and INOS is used Consequently, we can see that NO has two side effects in the brain.

The free radicals, especially ROS and RNS, have intense oxidation or nitrification abilities in the human brain. During cerebral ischemia-reperfusion, especially with blood reflow, massive generation of ROS and RNS leads to cell death via DNA damage, protein dysfunction, and lipid peroxidization. The oxidative/nitrosative stress in ischemia-reperfusion injury also plays a key function in inducing hemorrhagic transformation and cerebral edema after revascularization therapy. Fortunately, several basic experiments and clinical trials have indicated that co-treatment of anti-free radical harm strategies, including nonpharmaceutical therapies, like hypothermia, and pharmaceutical therapies, such as edaravone, UA, and citicoline, with revascularization therapy, is safe and feasible. Further research concerning therapies that stop free radical damage in ischemia-reperfusion injury combined with revascularization therapy should be undertaken in the future.

Role Of Free Radicals In Cancer

In aerobic life, oxidative stress arises from both endogenous and exogenous sources. Regardless of antioxidant defense mechanisms, cell damage from oxygen free radicals (OFR) is everywhere. OFR-related lesions that do not reason cell death, can stimulate the development of cancer. The effects of oxidative stress at the different stages of carcinogenesis have been seen such as mutagenesis through oxidative DNA damage. It is extensively hypothesized to be a frequent event in the normal human cell. A large body of evidence suggests significant roles of oxygen free radicals (OFR) in the expansion of tumor clones and the acquisition of malignant properties. Because of these facts, oxygen-free radicals (OFR) may be measured as a vital class of carcinogens. Consequently, the ineffectiveness of preventive antioxidant treatments, as predictable in numerous recent clinical trials, is surprising. However, the difficulties of antioxidant intervention are explained by the complication of both free radical chemistry and cancer development. Therefore, reducing the avoidable endogenous and exogenous causes of oxidative stress is, for the present, the safest option. Shortly, novel insights into the action of tumor suppressor genes and the DNA repair mechanisms may guide the way to additional tools against carcinogenesis from OFR. DNA mutation is a very vital step in carcinogenesis and elevated levels of oxidative DNA damage that have been monitored in a diversity of tumors. The discovery of the role of free radicals in cancer has led to a novel medical approach. Minimizing oxidative damage may be an important advance in the prevention or treatment of these diseases since antioxidants are capable to stop the free-radical formation and prevent oxidizing chain reactions. These results have generated immense interest in therapeutic antioxidant-based cancer drug development.

Role of Free Radicals In Atherosclerosis

During the past few decades, there have been several studies associated with free radical chemistry. The free radicals including reactive oxygen species (ROS) and reactive nitrogen species are generated by the human body by different endogenous systems, exposure to diverse physiochemical conditions, or pathological states, and that has been implicated in the pathogenesis of many diseases. These free radicals are also the ordinary by-products of many oxidative biochemical reactions in cells. These free radicals overwhelm the body’s capability to regulate them, a condition recognized as oxidative stress ensues. They unfavorably alter lipids, proteins, and DNA, which trigger several human diseases. In several pathophysiological conditions, the delicate equilibrium between free radical creation and antioxidant capability is unclear, leading to oxidative stress and increased tissue injury. ROS which is chiefly produced by vascular cells is implicated as possible underlying pathogenic mechanisms in the progression of cardiovascular diseases such as ischemic heart disease, atherosclerosis, cardiac arrhythmia hypertension, and diabetes.