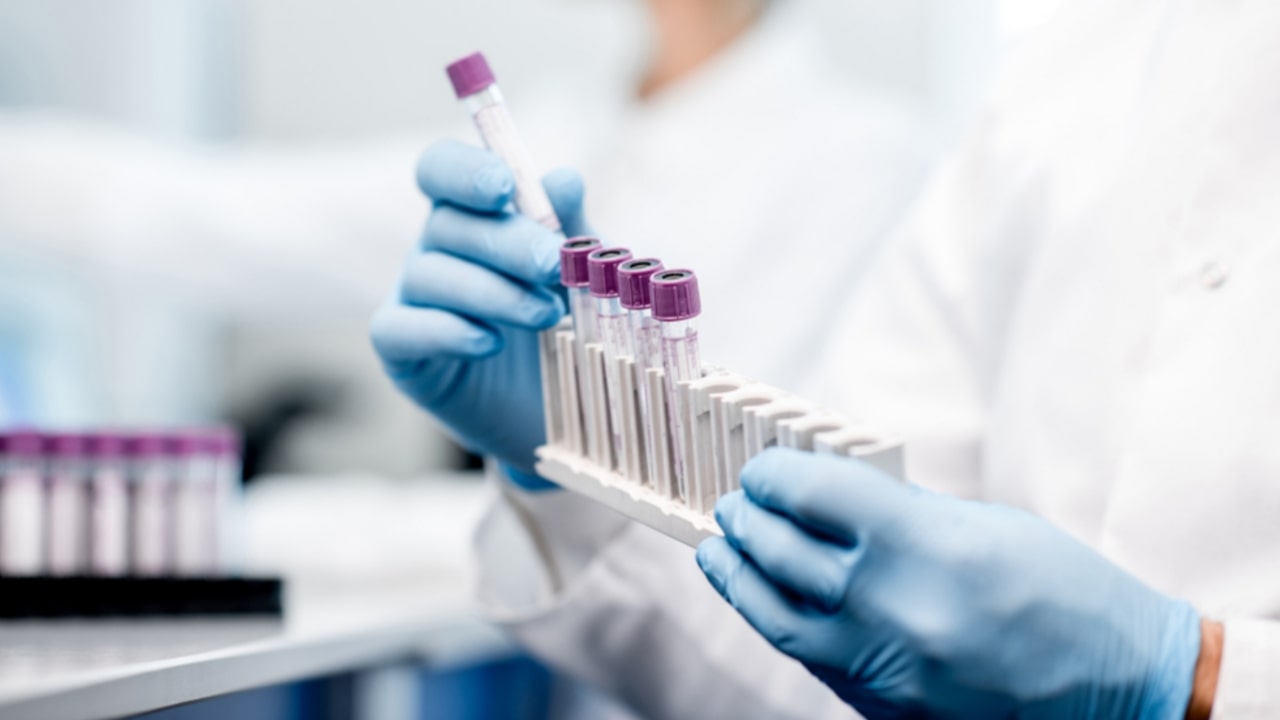 This method is the most common technique for selecting a probability sample. The random sampling method of selection assures each element of the population has an equal and independent chance of being included in the sample. Items in the sample are selected completely independently of each other. The selection of one unit does not influence the selection of other units. There is no chance of bias of any kind in the selection of sample units. In a simple random sampling method, the investigator can keep himself away from prejudices, bias, and other elements of subjectivity.

It has the following advantages:

The disadvantages of this method are:

A random sample can be selected by the lottery method, Tippet’s number method, grid system, and selection from a sequential method.

(a) Lottery Method: In this method, a lottery is drawn by writing the numbers or the name of various units and putting them in a box. Instead of pieces of paper, plastic discs or Coins can also be used. They are thoroughly mixed and certain numbers are picked up from the box as a sample. This method is suitable for drawing a small number of samples from a small universe.

(b) Tippet’s Number Method: Tippet has constructed a four digits random list of 10,400 institutions. These numbers are the results of combining 41,600 population statistics reports. The random numbers are quite suitable if the size of the population is large. A researcher wants to select 500 supervisors from a sugar cane industry out of a total of 10,000. A supervisor from the list should be numbered and then random numbers should be used to make the selection. For framing the random numbers from 1 to 10,000, open a page of Tippett’s, and then the first 500 numbers are selected. The selection of 500 supervisors will be included in the sample.

(c) Grid System: The map of the entire area is prepared and then a screen with a square is placed upon the map. The squares are selected by a random process. The areas falling within the selected squares are taken as samples.

(d) Selection from Sequential Method: In this method, units are arranged serially according to some particular orders such as alphabetical, numerical, or geographical sequence. Then out of the list, every 5th, 10th, or any other number may be taken up. For example, if we want to select 15 persons, then start from 15th and select 15th, 30th, 45th, 60th, 75th, and so on.

According to this method, first, the population is divided into homogeneous groups or strata and a sample is taken from each stratum. The basis of classification may be sex, age, class, religion, income, education, landholding, etc. which is known as the stratification factor. The stratification factor is selected in correlation with the problem under study, which becomes a logical basis of stratification.

Each stratum in the universe should be large enough so that the selection of items may be done on a random basis.

The advantages of this method are:

The disadvantages of the stratified sampling method are:

There are two types of stratified sampling methods:

(a) Proportionate Stratified Sampling: In this method, a selection from each sampling unit of a sample that is proportionate to the size of the unit or stratum. It gives more representativeness concerning variables used as the basis of classifying categories and increased the chances of being able to make comparisons between strata.

(b) Disproportionate Stratified Sampling: In this method, an equal number of cases are taken from each stratum without any consideration to the size of strata in proportion to the universe. This method of sampling is more effective for comparing strata that have different error possibilities.

(c) Systematic Sampling: In this systematic sampling, only the first unit is selected randomly and the remaining units of the sample are selected at fixed intervals. This method is popularly used in those cases where a complete list of the population from which a sample is to be drawn is available. A voter list, a telephone directory, or a card index system mainly satisfy the conditions of systematic sampling. The researcher first has to arrange the units of the universe on the same basics such as alphabetical, chronological, geographical, numerical, ascending order of capital employed or labor employed, etc.

The first item is selected at random by the lottery method. Subsequent items are selected by: taking every Kth item from the list.

The advantages of systematic sampling are:

The disadvantages of systematic sampling are:

In this method, the selection of the sample is made in different stages. The original units into which the universe is divided are primary units. Each primary unit that falls into the sample is subdivided into secondary units in preparation for the second stage sampling. In three-stage sampling, there may be primary, secondary, and tertiary units. For example, for studying the panchayat system in villages, our country is divided into zones (North, South, East, and West). One state is selected from each zone and then one district is selected from each state. For each district, one block is selected and then three villages are selected from each block. This sampling system helps in comparing the functioning of panchayats in different parts of India. Sampling in each stage may be random but it can also be deliberate or purposive. The individuals are selected from different stages for constituting the multi-stage sampling. The variability of estimates yielded by multi-stage sampling may be greater than that of estimates yielded by simple random sampling for equal size. The variability of estimates is depended on the composition of primary units.

The advantages of multi-stage sampling are:

The disadvantages of multi-stage sampling are:

Many national surveys are based on cluster sampling where villages, schools, colonies, and corporation areas are considered as a cluster. A plan to make a selection of clusters within clusters is called multi-stage cluster sampling. From each of the selected clusters, select the sample of elements instead of including the entire cluster. This procedure of sampling is called two-stage sampling or sub-sampling. If clusters are geographic units then, it is known as area sampling. In area sampling, the basis of selection is the map rather than a list of the population. Maximum accuracy in cluster sampling is obtained if differences or variability within a cluster is large (heterogeneity) or variability among or between clusters is small (homogeneity).

The advantages of cluster sampling are:

The disadvantages of cluster sampling are:

Non-probability sampling or non-parametric sampling methods are those which do not provide every component in the population or universe with an equal chance of being included in the sample. It is the process of sampling without the use of randomization. This sampling technique does not follow the rules of probability theory as well as does not claim representativeness. In this sampling, a personal element has a great chance of entering into the selection of the sample. The researcher may select a sample that may get results favorable to him. There is always bias entering into the sampling methods and hence no assurance that every element has a specifiable chance of being selected. Sampling error in non-probability sampling cannot be estimated. There are four non-random designs, which are commonly used in qualitative and quantitative research such as purposive sampling convenience sampling, quota sampling, and snowball sampling.

This sampling method is also known as deliberate sampling. In this sampling, the choice of sample items depends primarily on the judgment of the investigator. The investigator includes those elements in the sample which he or she likes in the universe about the characteristics of a research topic. This technique also depends on the sampling design and the purpose of representativeness. Hence, it is also called purposive sampling.

In this method, the researcher has complete freedom to choose his sample according to this wishes and desires. The researcher selects some elements from the whole data as a sample. This is a simple method for selecting the samples and is useful in cases where the entire data is homogeneous and the researcher has knowledge of the various aspects.

The advantages of purposive sampling are:

The disadvantages of purposive sampling are:

This sampling is also known as haphazard sampling or incidental sampling. In this sampling, the investigator studies all those persons who are most conveniently available or who accidentally come in his contact during an investigation. This method of sampling is most common among market research and newspaper reporters. For example, the investigator engaged in the study of college or university students might visit the canteen, library, playgrounds, departments and interview a certain number of students. During an election period, media personnel often present man-on-the-street interviews that are presumed to reflect public opinion. Convenience sampling is commonly used when the universe is not well defined or sampling unit is not a clear or complete list of the source is not available.

The advantages of convenience sampling are:

The disadvantages of convenience sampling are:

This sampling method is a non-random form of the stratified sampling method. The universe is divided into strata based on certain characteristics and then the quota is fixed for each stratum in proportion to its size. It is the most commonly used method of sampling in market surveys, opinion polls, and municipal surveys.

Quota can be fixed according to their proportion in the entire population. For studying the attitudes of persons towards the use of loudspeakers in religious places with 1000 males and 500 females belonging to different religions, the quota can be fixed in the ratio of one female for every two males. Quota may be fixed based on the number of persons in each of the three religious groups such as Hindu, Muslim, or others.

The advantages of quota sampling are:

The disadvantages of quota sampling are:

This sampling is the process of selecting a sample using networks. In snowball sampling, the investigator starts the research with the few respondents who are known to him. These respondents give other names who meet the criteria of research, who in turn give more new names. This process of sample selection is continued until an adequate number of persons is interviewed. In this manner, the investigator accumulates more and more respondents. For example, if the investigator can find a few bonded advertisers willing to talk he might ask them for details of other advertisers who might also be willing to interact.

The Snowball sampling method is useful if you are unknown about the group or organization under study. This sampling is useful for studying communication patterns or diffusion of knowledge within a group. The main advantages of this sampling method are less cost and less sample size.

The disadvantages of snowball sampling are: