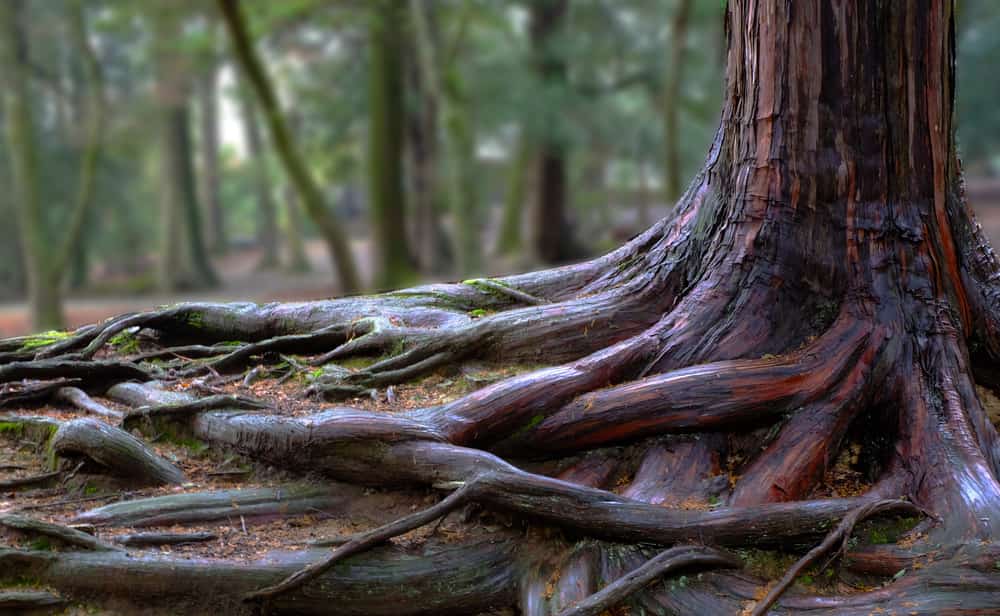 Morphology of Roots: The root is a downward growth of the plant into the soil. It is positively geotropic and hydrotropic. Radicle from the germinating seed grows further into the soil to form the root. It produces similar organs. Root does not have nodes or internodes. Branching of the root arises from the pericyclic tissues. Roots are covered by root caps or root heads.

Various parts of a root

There are two types of root systems:

(a) Taproot system or primary roots and

I. Modification for storage of food

This type of modification is shown by both the types of roots, i.e. tap roots and adventitious roots. They store carbohydrates and are used during the early growth of the successive season.

(i) Tap roots show the following three types of modifications:

(ii) Adventitious roots show the following types of modifications. They store carbohydrates but do not assume any special shape.

The plant develops special aerial roots to offer additional support to the plant by way of adventitious roots.