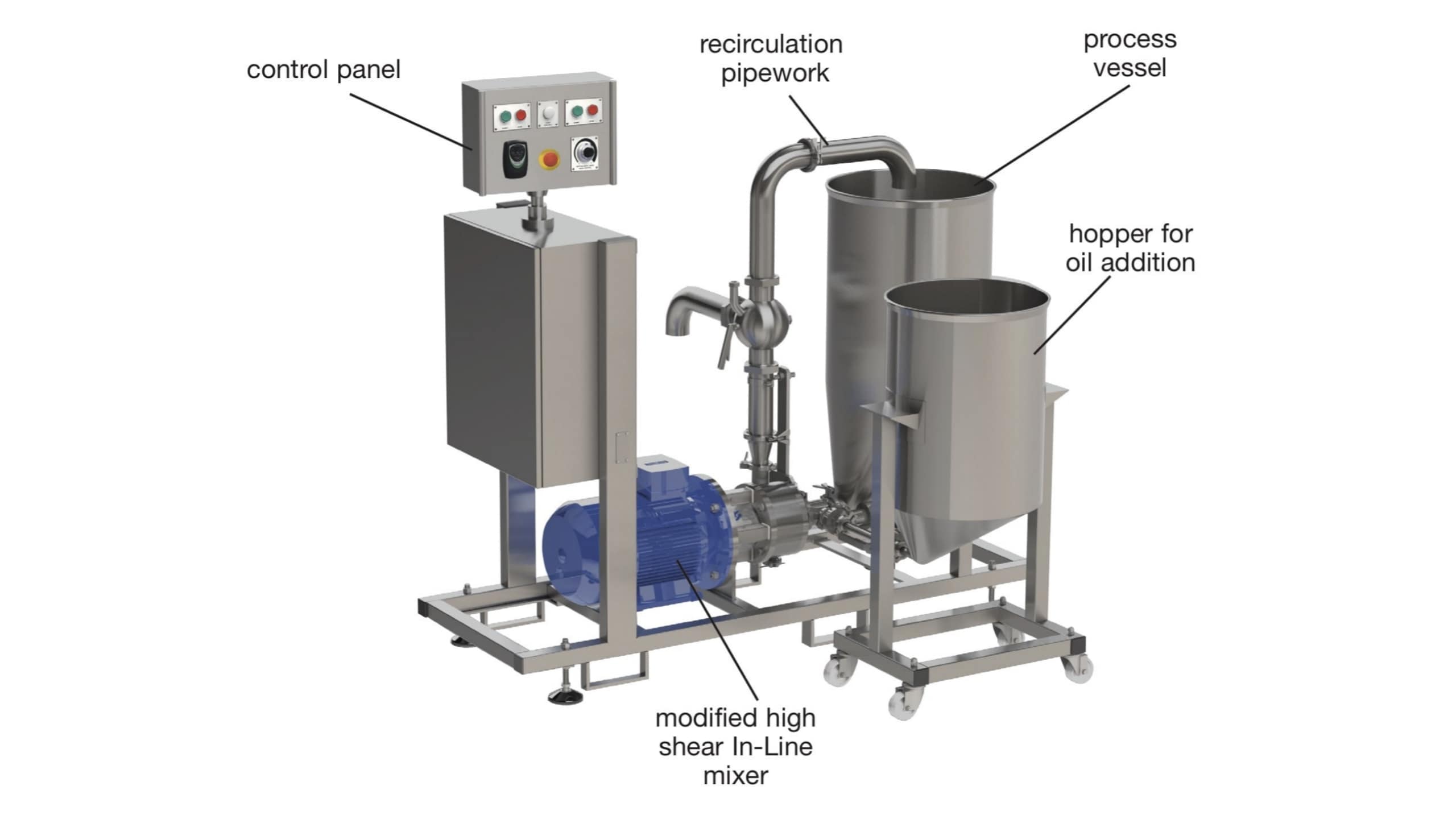 Silverson mixer emulsifier produces intense shearing force and turbulence by the use of high-speed rotors. This turbulence causes the liquids to pass through fine interstices formed by closely placed perforated metal sheets. Circulation of material takes place through the head by the suction produced in the inlet at the bottom of the head. Circulation of the material ensures the rapid breakdown of the dispersed liquid into smaller globules.

The emulsifier head is placed in the vessel containing immiscible liquids (or coarse emulsion) in such a way that it should get completely dipped in the liquid. When the motor is started, the central rotating shaft rotates the head, which in turn rotates turbine blades at a very high speed. This creates a pressure difference. As a result, liquids are sucked into the head from the center of the base and subjected to intense mixing action. Centrifugal forces expel the contents of the head with great force through the mesh and onto the cover (Figure). As a result, a fine emulsion emerges through the openings of the outer cover. The intake and expulsion of the mixture set up a pattern of circulation to ensure the rapid breakdown of the bigger globules into smaller globules.

Uses: Silverson mixer is used for the preparation of emulsions and creams of fine particle size.