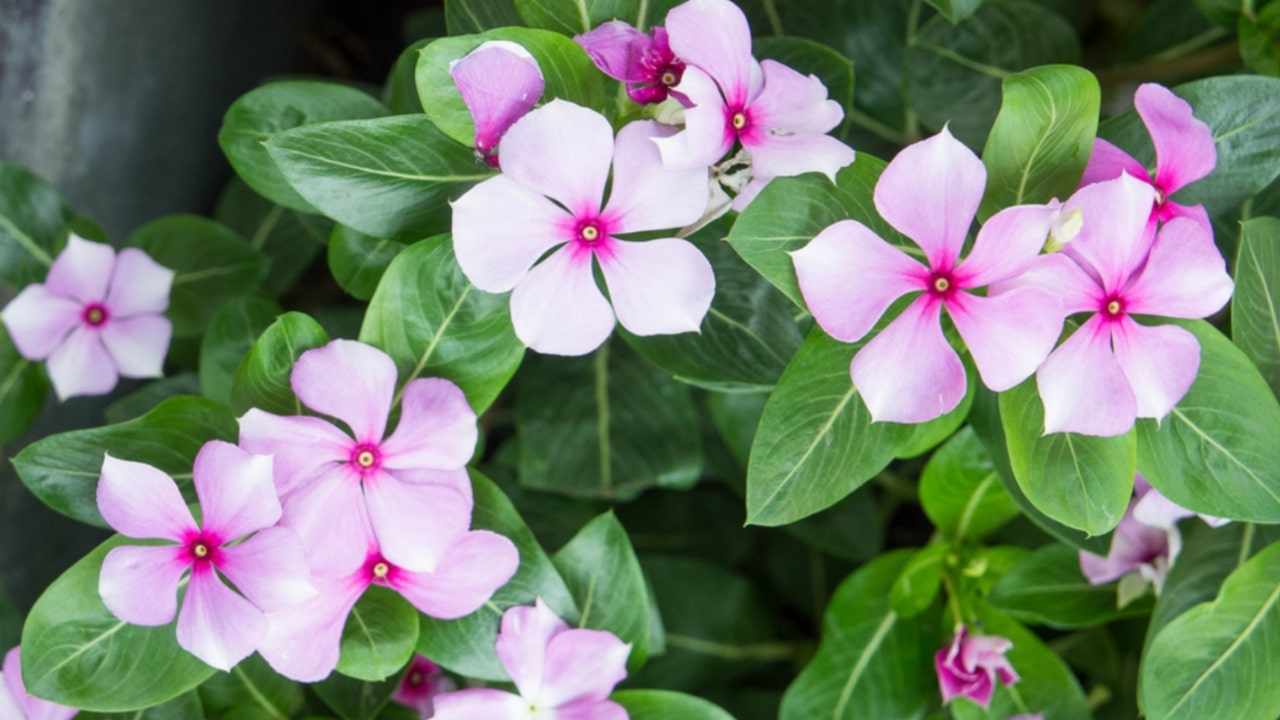 Vinca is a genus of flowering plants in the family Apocynaceae.

Cultivation and Collection of Vinca:

It grows well at an altitude up to 500 mt. This plant is found all over India but grown well in tropical and subtropical areas (like southern and northeastern parts) of India. It does not require any particular type of soil. It grows well in light sandy soil which should be rich in humus content. The 100 cm rainfall is most preferable for its cultivation. The fresh seeds are used for its propagation. The seeds should be shown in the nursery or direct sowing can also be done. The seeds are mixed with sand (1:10) and sown in rows having a 45 cm distance in between two rows. The sowing should be in monsoon season. The plants are thinned out upon sufficient growth. In other cases, nursery sowing is more economical. They are sown in a nursery in February or March season and transplanted in an open field after 2 months or when they achieve 6-7 cm height. The plants are drought resistant and do not require much water supply. The plants also do not require any type of fertilizers. A mixture of nitrogen, phosphorus, and potassium gives better results. Farmyard manures are used and weeding is done from time to time periodically. The stems are cut after 1 year of growth. The leaves, stems, and seeds are separated and dried in the air. The roots are collected by digging out method followed by plowing. The roots are washed properly, shade dried, and finally packed into bales. The yield is about 1 to 5 tons per hectare (roots), 1 to 2 tons (stem), and 3 to 4 tons per hectare (leaves).

Vinca plant is used to extract alkaloids like vincristine, vinblastine, and ajmalicine. Vincristine sulfate acts on mitotic cell division of metaphase and arrests the cell for further division; hence used as an antineoplastic drug whereas vinblastine sulfate acts on mitosis of metaphase and interferes in amino acid metabolism. It suppresses immunity and uses in Hodgkin’s disease, lymphoma, and choriocarcinoma treatment. Vincristine is applied by intravenous route of administration in leukemia, Hodgkin’s disease, sarcoma of reticulum cells, lymphosarcoma, and myosarcoma treatment. Vinca alkaloids are also used in diabetes and high blood pressure treatment. The maximum dose of vincristine sulfate is up to 2 mg but 10 to 30 µg/kg body weight administered intravenously whereas the dose of vinblastine sulfate is about 100 µg/kg body weight administered intravenously.