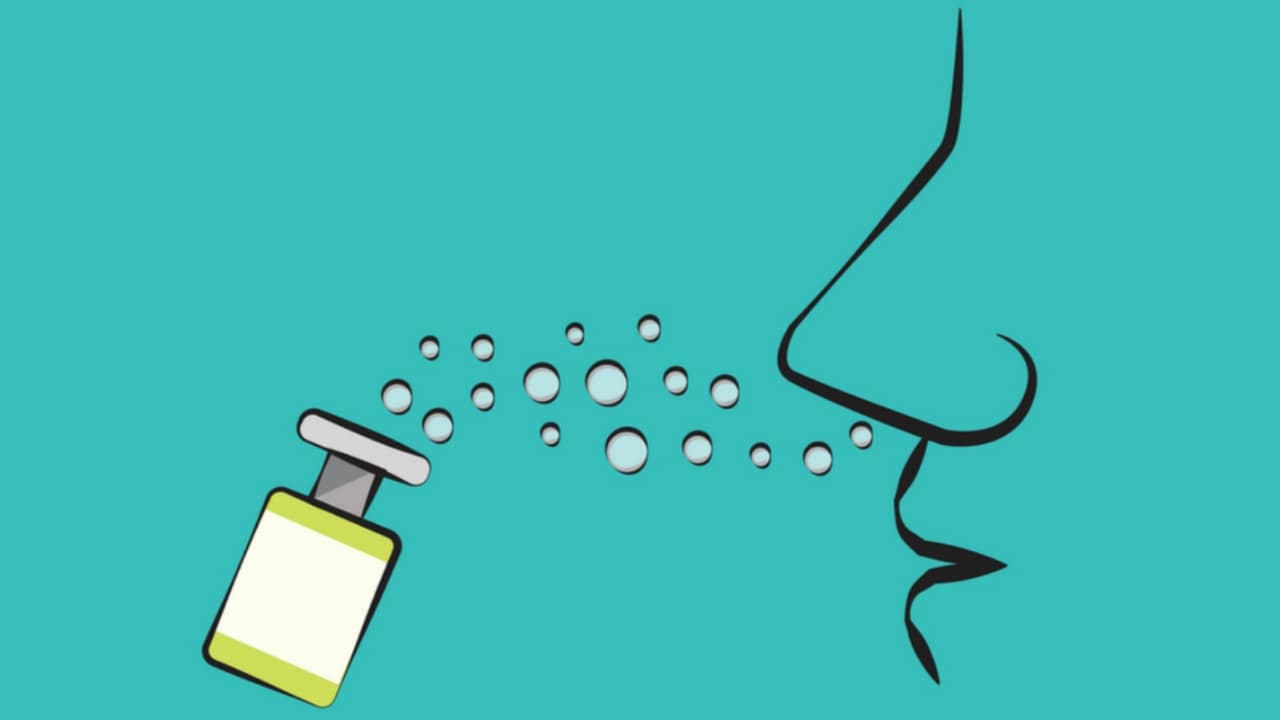 Nasal drug delivery system – which has been practiced for thousands of years, has been given a new lease of life. The nasal drug delivery system is a useful delivery method for drugs that are active in low doses and show no minimal oral bioavailability such as; proteins and peptides. One of the reasons for the low degree of absorption of peptides and proteins via the nasal route is a rapid movement away from the absorption site in the nasal cavity due to the mucociliary clearance mechanism.

Nasal mucosa has been considered as a potential administration route to achieve a faster and higher level of drug absorption because it is permeable to more compounds than the gastrointestinal tract due to lack of pancreatic and gastric enzymatic activity, neutral pH of the nasal mucus, and less dilution by gastrointestinal contents. Many drugs have been shown to achieve better systemic bioavailability through nasal route than by oral administration. Nasal therapy has been a recognized form of treatment in the Ayurvedic systems of Indian medicine, it is also called “NASAYA KARMA”.

It has been documented that nasal administration of certain hormones and steroids has resulted in more complete absorption. This indicates the potential value of the nasal route for administration of systemic medications as well as utilizing this route for local effects. For many years’ drugs have been administered nasally for both topical and systemic action.  Topical administration includes the treatment of congestion, rhinitis, sinusitis, and related allergic or chronic conditions, and has resulted in a variety of different medications including corticoids, antihistamines, anticholinergic, and vasoconstrictors.

Anatomy And Physiology of Nasal Cavity

The nasal cavity is divided into two halves by the nasal septum and extends posterior to the nasopharynx, while the most anterior part of the nasal cavity, the nasal vestibule, opens to the face through the nostril. The nasal cavity consists of three main regions, i.e. nasal vestibule, olfactory region, and respiratory region. The surface area in the nose can be enlarged about 150 cm by the lateral walls of the nasal cavity which includes a folded structure, it is a very high surface area compared to its small volume. This folded structure consists of three turbinates: the superior, the median, and the inferior. The main nasal airway has narrow passages, usually 1-3 mm wide, and these narrow structures are useful to the nose to carry out its main functions. The nasal cavity is covered with a mucous membrane which can be divided into two areas; non-olfactory and olfactory epithelium. The nonolfactory area includes the nasal vestibule which is covered with skin-like stratified squamous epithelium cells, the respiratory region, which has a typical airways epithelium covered with numerous microvilli, resulting in a large surface area available for drug absorption and transport. In this way, the mucus layer is propelled in a direction from the anterior towards the posterior part of the nasal cavity. The goblet cells are present in the mucus membrane which covers the nasal turbinate and the atrium; it secretes the mucus as mucus granules which are swelling in the nasal fluid to contribute to the mucus layer.

Normal pH of the nasal secretions in Adults: 5.5-6.5; Infants and Young Children: 5.0-6.7.  The Nasal Cavity is covered with a mucous membrane. Mucous secretion is composed of 95% water, 2% Mucin, 1% Salts, 1% of other proteins such as Albumin, Lysozyme, and Lactoferrin, and 1% Lipids.

Transcytotic: The particle is taken into a vesicle and transferred to the cell.

1. Prodrug Approach: The absorption of peptides like angiotensin II, Bradykinin, Vasopressin, and Calcitonin is improved when prepared into enamine derivatives.

The Components of the Nasal Formulations:

1. Nasal Gels: These are highly viscous, thickened solutions or suspensions. These have the following advantages:

2. Nasal Drops: These are simple and convenient systems developed for nasal delivery. The main disadvantage of this system is the lack of dose precision and therefore nasal drops may not be suitable for prescription products. It has been reported that nasal drops deposit Human Serum albumin in the nostrils more efficiently than nasal sprays.

3. Nasal Ointments: These are translucent, homogenous, viscous, semi-solid preparations intended to be instilled in the nose. Due to their viscosity, they will not ooze out of the nose.

4. Nasal Sprays: Solution and Suspension formulations can be formulated into nasal sprays. Due to the availability of metered-dose pumps and actuators, a nasal spray can deliver an exact dose from 25-200 µm. The particle size and morphology (for suspensions) of the drug and viscosity of the formulation determine the choice of pump and actuator assembly.

The advantages of the nasal powder dosage form are the absence of preservatives and superior stability of the formulation. However, the suitability of powder formulation is dependent on the solubility, particle size, aerodynamic properties, and nasal irritancy of the active drug and/or excipients. Local application of the drug is another advantage of this system.

6. Liposomes: Liposomal nasal solutions can be formulated as a drug alone or in combination with pharmaceutically acceptable excipients. They are administered to the respiratory tract as an aerosol or solution for a nebulizer, or as a microfine powder for insufflation, above or in combination with an inert carrier such as; lactose, the particles of the formulation have diameters of less than 50 microns.