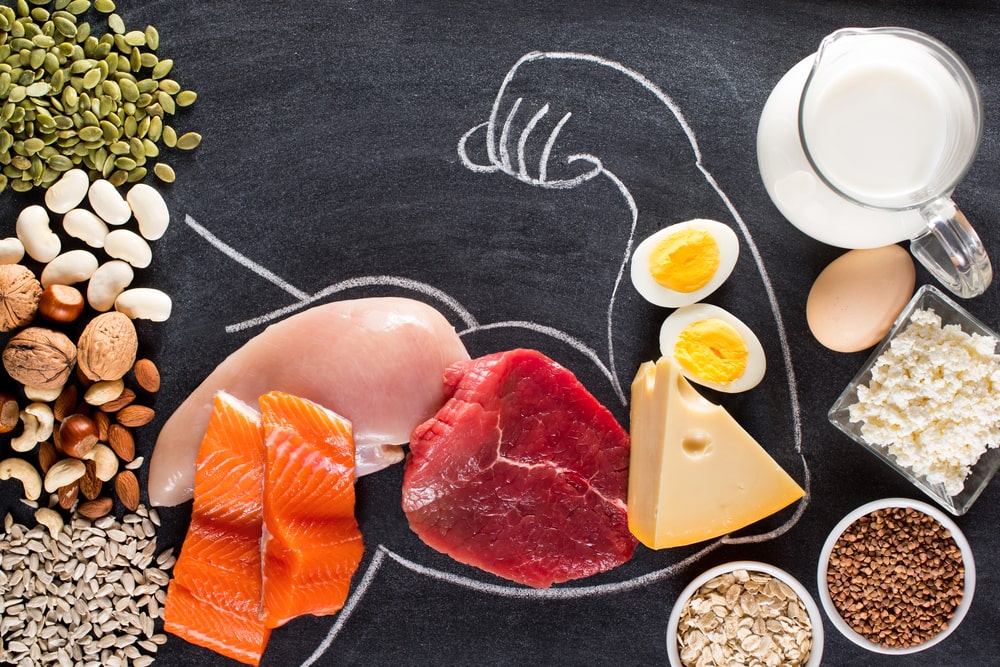 Protein was first described by the Dutch chemist Gerhardus Johannes Mulder and further named by the Swedish chemist Jons Jakob Berzelius in 1838. The term protein, derived from the Greek proteios, meaning first, is a class of organic compounds that are present in and vital to every living cell. Proteins are large biochemical compounds (carbon, hydrogen, oxygen, and nitrogen) consisting of one or more polypeptides (amino acid residue) typically folded into a globular or fibrous form in a biologically functional way. A polypeptide is a single linear polymer chain of amino acids bonded together by peptide bonds between the carboxyl and amino groups of adjacent amino acid residues i.e. an amine group (NH2), a carboxylic acid group (R–C=O–OH), and a side-chain (usually denoted as R) (Fig.1). They are required for the structure, function, and regulation of the body’s cells, tissues, and organs.

They are stored in the form of aleurone grains in plants and can be extracted easily. They are purified from other cellular components using a variety of techniques such as ultracentrifugation, precipitation, electrophoresis, and chromatography techniques.

Broadly proteins are classified into three types tabulated in Fig.2.

Generally, protein is extracted with trichloroacetic acid (TCA) and acetone or by using phenol or by homogenization with buffer. Plant tissue is homogenized in 10% TCA containing 2% beta-mercaptoethanol using liquid nitrogen. Further, the solution is kept at –20°C for overnight to form the precipitate which is subjected to centrifugation at high r.p.m for 30-40 minutes at 4°C. The precipitate is washed with cold acetone.

Preparation: Gelatin is prepared by hydrolysis of collage. Animal skins and bones are used as raw materials. There are two main types of gelatin. Type-A gelatin has an isoionic point of 7-9. It is derived from collagen with exclusively acid pretreatment and it takes about 7-10 days. Whereas, Type-B gelatin has an isoionic point of 4.8 to 5.2. It is prepared by an alkaline pretreatment of the collagen and it takes more time than the former one. The bones are defatted and then decalcified with organic solvent and acid respectively to give a soft sponge-like material called ossein. Calcium phosphate is produced as a byproduct. The ossein is soaked in lime pits for several weeks for hydrolysis and then treated with hot water at 85°C to get solubilized gelatin from collagen. The resultant weak solution of gelatin is concentrated in a series of evaporators and chilled to form a gel. Gels are spread into metal trays and allowed to set into jelly and then removed by drying at 10°, 30° and 60°C for a month. They are further bleached in sulphur dioxide to produce light coloured gelatin, which is then dried at room temperature (Fig.3).

Uses: It is used in face masks, shampoos and other cosmetics; as a thickener for fruit gelatins and puddings, in candies, marshmallows, cakes, ice cream, and yoghurts. It is used in the preparation of bacteriological culture media. It is also used on photographic films, in vitamins as a coating and as capsules shells. Medically it is used for weight loss, treating osteoarthritis, rheumatoid arthritis and brittle bones (osteoporosis).